At the risk of stating the obvious, Tahiti is hot. After about ten minutes in the sun you start to hear an odd hiss and realize that your skin is in fact frying. The ocean is just cool enough to be heaven and not a degree cooler. We checked into our thatched roof dorm on Moorea and immediately took a dip in the drink. We had a tiny slice of perfect beach to ourselves. Palm trees bent over and almost touched the water. It was a Corona commercial paradise. The only problem was I’d have to sell a kidney to actually afford the price of a Corona.

Still somewhat on eastern time, we woke up early and raided the grounds of a fancy hotel whose guests were still all asleep. We were on a quest to find tiki huts on stilts over the water. There was no way I was leaving Moorea without finding them. Fortunately, we did find them and were able to pause and marvel at their little ladders that dip into the ocean. We sat in lounge chairs like we owned the place and tried to comprehend the fact that we actually were in French Polynesia.

Later we explored the island’s rain forest interior, complete with banana trees and pineapple groves. In a brief flash of insanity I thought I would run to the top of a mountain then run back down in time to catch our ferry back to Tahiti. That would have been impossible, I realized once I was almost at the top. So I hitched halfway down with a tour group that offered me fresh pineapple and papaya. There was still no way I was going to make it so, in my first true Kerouac moment, I hitched the rest of the way with a couple of French speaking ladies who kept giggling at me as I poured sweat on their seat and gasped “merci” over and over like a crazy person.

As we took the ferry back to Tahiti, the sun set behind the island of Moorea. The way the tall lush peaks fall sharply into the lagoons is something you have to see for yourself. So dad, if you ever want to go, I’m game to go back. The place is truly paradise. 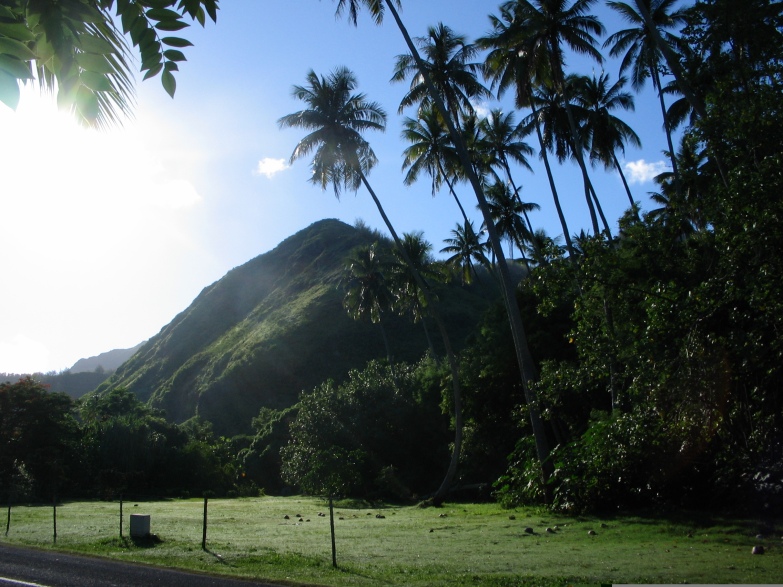 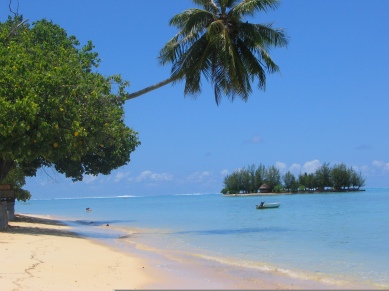 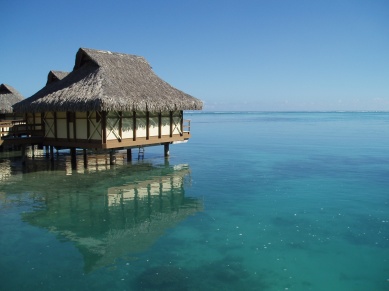 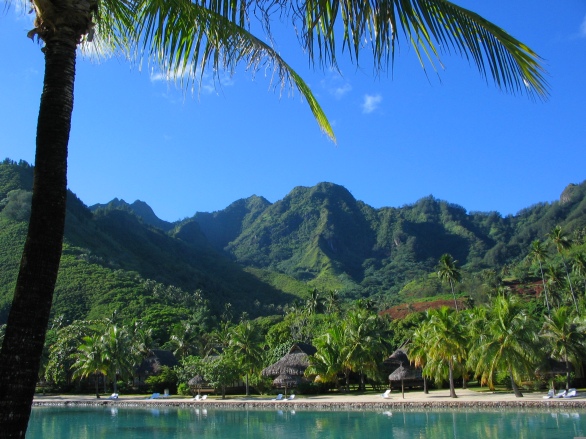 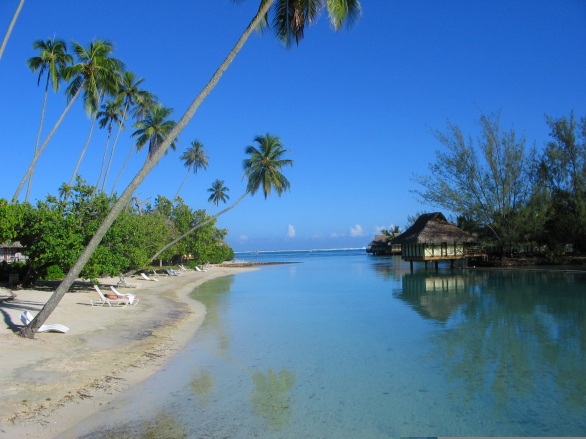