My vision of Australia has always included a dusty, desolate drive to the center. A single road so flat that you feel as though you can see the curve of the Earth. I knew that I could come back to experience that aspect of the country, but it would never be this easy again. We were already so close.

So I casually brought up the subject…we seem to be enjoying the outback, we could always just keep going? It turned out that Rebecca had the same idea in the back of her mind and Molly was up for it as well. So we stocked up on provisions and headed for the South Australia border.

Having an image of a continuous line of highway through an unchanging landscape, I was surprised by the variety of scenery. There were the flat red sections I’d expected, but some places were shrubby green and bumpy while others featured bright pink and orange sands with mesas in the distance.

Now, when you drive over a thousand kilometers to see a rock, there is a moment when you feel that you have lost your mind. I had just such a moment when the Uluru park ranger informed me of the $25 entrance fee. For all of the time and money we’d put in to get there, the rock seemed to be looming rather unimpressively in the distance. Come on rock, do something!

But as we drove closer all that cognitive dissonance went out the window. Uluru’s sheer size became more evident and the color became more brilliant. I found it hard to keep my eyes on the road, as they were constantly being drawn to the rock. It’s difficult to express Uluru’s impact in words and I’m sure pictures won’t cut it either. So I’ll just say that it was worth the drive and (for those who know me this means more) worth every penny in gas and fees it took to get there. 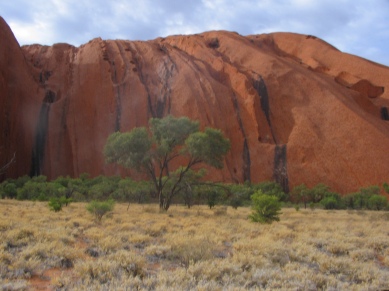 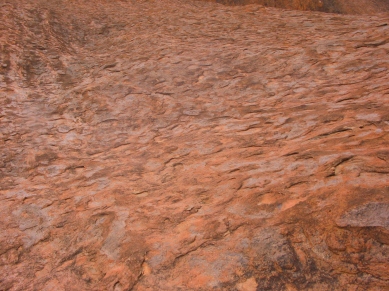 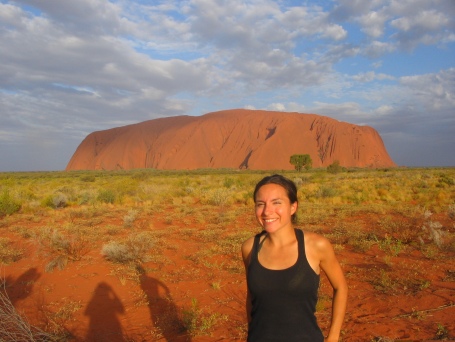