The next stop on our journey south was Pisco, home of two very exciting attractions: the Pisco Sour (alcoholic beverage) and the Reserva National de Paracas (desert bird-haven). Getting our priorities straight as always we sampled the former first in a lively restaurant on the Plaza de Armas. The live music was so moving for Radek that he bought an autographed CD.

The next day we piled into a bright blue van and, with Yuri as our fearless tour guide, ventured into the barren Reserva. The variety of the Peruvian landscape is certainly worth noting. After nodding off on the bus to Pisco I woke up at one point to look out the window and swore we were somewhow passing by a dusty village in Yemen. Never been to Yemen, but anyway…back to the Reserva.

The tour would take us first by sea and then by land to explore the Peninsula and outlying islands. We passed by the pre-Nazca line “candelabra” somehow etched into a hillside before floating onward to the Islas Ballistas. Never in my life have I seen so much wildlife in one place. The entire surface of the island was covered in birds, as was a great portion of the sky. The impressiveness of the sheer quantity of birds can not be described. In addition there were seals and sea lions and penguins and just rolling around in the water, climbing on the rocks and engaging in lively conversations.

After a long ride back to shore, during which I slept, we piled back into the van to explore the Peninsula’s sandy interior. Climbing down a cliff that surely would have been roped off to tourists in the US, we walked along a black sand beach while Yuri dug for spiders and crabs. With the dark sand below, the water looked like shiny crude oil rolling against the shore. Surely some spa in LA charges a ludicrous amount for the luxury of dipping your feet in this obsidian mud. We just kicked off our flip flops and sank right in.

After exploring La Catedral cave and having little living pieces of Ceviche stuck to various parts of our bodies by Yuri, we ate lunch in a tiny open air restaurant on the beach where a sign nearly fell on our heads to smite us all (although it did smite the beers). A quick dip in the cold Pacific later and we were bidding farewell to Yuri and strolling once again through Pisco’s central plaza. 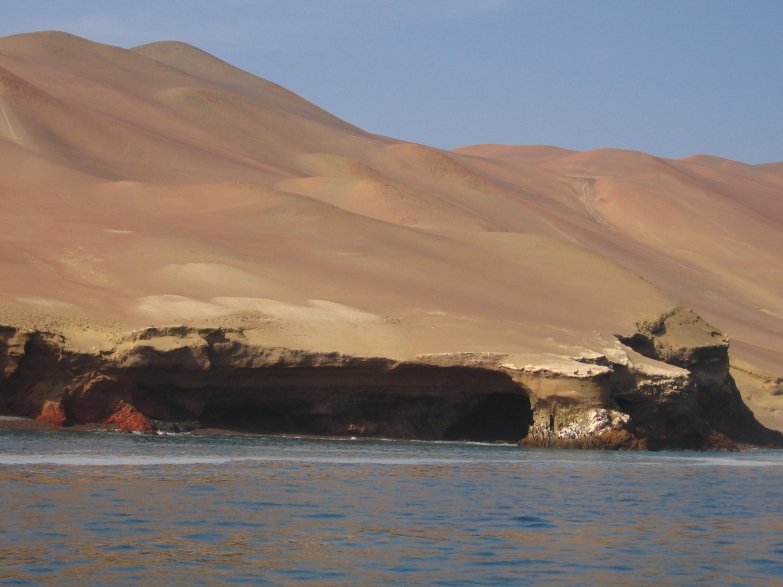 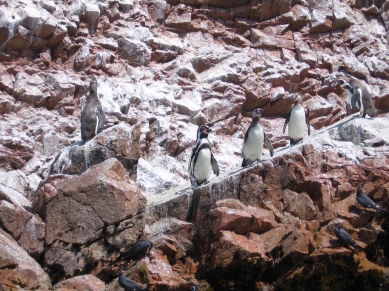