Time to fire this thing up again.

The South American adventure of 2006 was such a raging success that we just had to see if lightning could strike twice. This time around Radek, Chelsea, Amy and I set our sights on South East Asia. It was a natural selection for it’s climate and culture, but primarily for the budget. I still maintain, despite widespread naysaying, that it is cheaper to travel than to stay in the States.

So here we are celebrating the arrival of 2008 in Bali. The journey halfway around the world involved many stopovers and sleepless nights. I breezed through New York, Tokyo and Singapore in my effort to reach this paradise and arrived jet lagged and disoriented. Nothing a day at the beach, a bamboo hut and a fruity drink couldn’t rectify.

We are staying in Sanur, a peaceful and somewhat touristy area where the lush hotel gardens, elaborate pools and open air restaurants are situated right on the beach. We realize that these pampered standards won’t last long, so we’re relishing in every air-conditioned moment while we can. Sweltering nights and squat toilets are close on the horizon.

We struggled through jet lag to stay up until midnight to usher in the New Year. This was about the time when a bolt of lightning cracked the sky and Indonesia’s rainy season showed it’s true colors. So it was among a torrential downpour that we welcomed 2008 with a rousing rendition of Sto Lat. Happy New Year everyone! 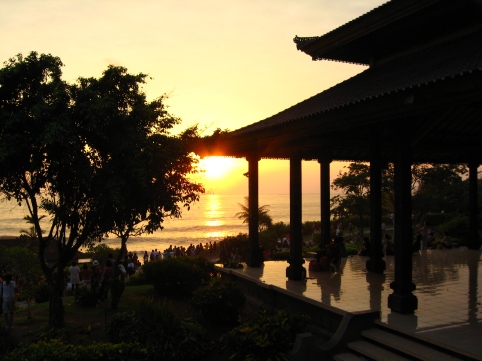 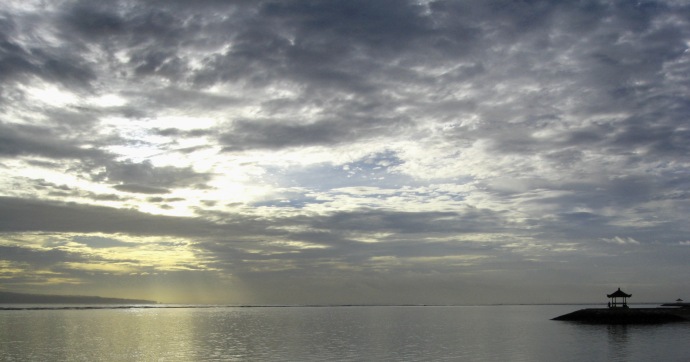