It’s not what I expected, which it never is, so I guess I should start expecting that. First of all, only officials call the place Ho Chi Minh City, which is a great relief because Saigon is much more evocative.

The city is large, bright and bustling to put it mildly. Dingy one block and refined the next. Sidewalks have been repurposed as restaurants, shops and front stoops. Heavy on grand roundabouts and light on traffic lights, crossing the street is a near death experience. Large colonial hotels, neoclassical concert halls and broad landscaped parks betray an air of prosperity I hadn’t envisioned for the capital of the failed state of South Vietnam.

There are memories of war scattered throughout the city. The iron gates of Reunification Palace that North Vietnamese tanks famously plowed through in 1975, “liberating” the city. The War Remnants Museum (previously known as the Museum of American and Chinese War Crimes) is amazingly propaganda-free, fairly portraying American journalists as heroes and even documenting anti-war demonstrations in the US.

But there is still an involuntary tinge of guilt to be an American in Saigon. When a local asks where I am from, I pause to consider the likely reaction. But somehow it seems stranger to me than to the Vietnamese. I’m just another tourist in the midst of a history lesson, in a city that seems uncannily welcoming. 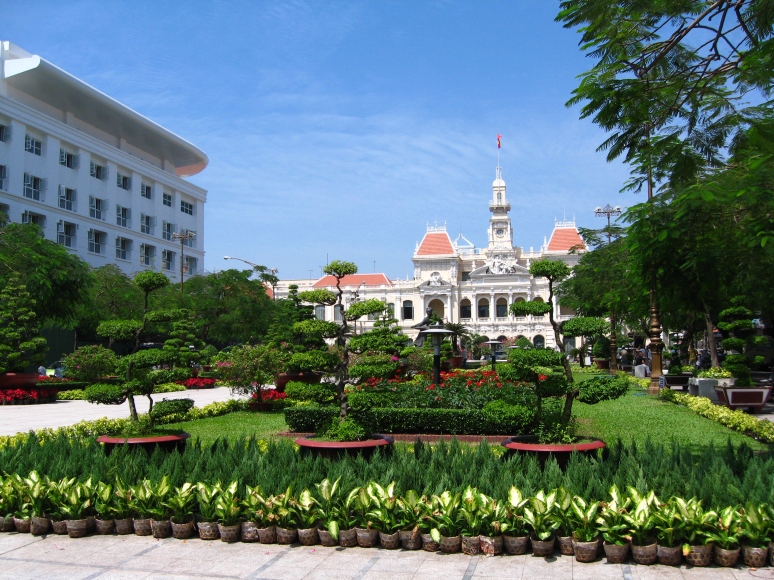 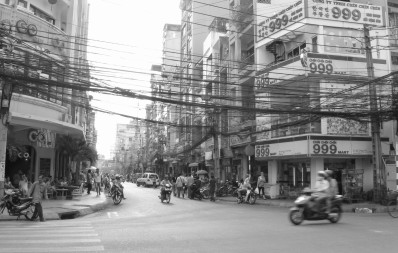