Some people are stirred by oceans, some are stirred by mountains. Then there are others whose souls are awakened by vast, arid stretches of sand. Personally, I’m more of a water person. There is no denying the beauty of Wadi Rum. I’m just not tempted to go all Lawrence of Arabia native and never leave. But like I said, it calls to some, and they just stay. We’ve seen cases of this first-hand.

We did this leg of the journey in the historical reverse: we conquered Aqaba first, then crossed the punishing desert. Of course in these modern times you can hail a cab for the hour-long journey from the Red Sea to the desert. The freshly paved highway makes Poland’s two lane tracks look positively third-world.

So perhaps the arrival to Wadi Rum is less than epic (though our ferry from Egypt was about seven hours late and that was quite an ordeal) but, once you are gunning up those sand dunes in a half-gutted generic Jeep, you do feel pretty damn off the grid. We spent the better part of a day tucking into corners of soft rock formations and admiring the sweeping views. When sunset came we knew our hosts had chosen the camp’s location wisely. Then it was off to the communal tent for some sage-spiced tea around a crackling fire.

We knew Wadi Rum had plenty of secrets to reveal to those willing to spend the time to discover them. We knew there were plenty of people who stuck around for weeks and months to marvel at the silence of the desert and the slow rhythm of Bedouin life. But for us, only so much sand dune can sneak into your pants before you need a shower. 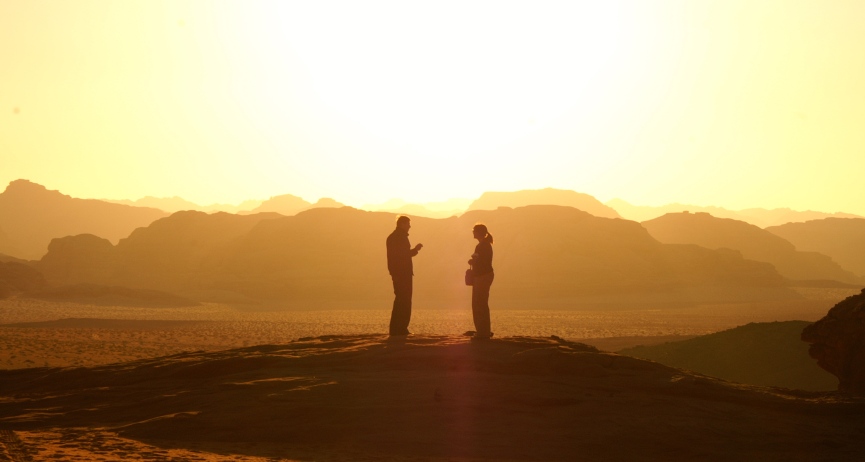