Living in the “low country” I don’t get the opportunity to see fjords very often. Approximately once every ten years, actually. Maybe you can be desensitized to their epic dwarfing grandeur. Maybe you can live in a tiny village clinging to a patch of emerald green grass below a sheer cliff with it’s own 4500 foot high waterfall and think, oh that old thing. I guess that could happen eventually.

But me? I was mesmerized. I was humbled. I felt even shorter than usual. It was so unbelievably gorgeous that, while we cruised down Naeroyfjord, I planned an entire mandatory Scandinavian vacation for my parents because I wanted more witnesses to reminisce with over the years. I insist that they go and I insist that you go too.

In other news…sometimes I say dumb things to my child. It usually involves some kind of bargain in exchange for good behavior or a blurted promise in an attempt to subdue a melt down.

I’m sure it was a moment like this that inspired me to promise that Kalina would meet Anna and Elsa (of Disney Frozen fame, for those not entangled in raising a small person) during our trip to Norway. On the other hand it could have been a desperate attempt to get her as excited about the trip as I was. In any case, I said it and even worse, she remembered it. In the weeks leading up to our departure people would ask where we were headed and Kalina would inform them that we were going to visit Anna and Elsa, as if they were favorite cousins at a family reunion.

On this adventure we saw many trains, a very rainy, very beautiful city, and now the absolutely stunning fjords. Kalina loved the train, actively disliked getting wet and was discouragingly unimpressed with the fjords. She wanted to know when we were getting to the good part.

It was starting to look like mama would be revealed as the big fat accidental liar that she was, that my queen status would be tarnished, that fairy tales did not in fact come true even for a child that sat politely through several long international flights.

But then fortune stepped in on the Flamsbana railway, a cliff-hugging national treasure that could only be made more mid-century chic if it had a bar car and Don Draper. Two lovely Norwegian girls asked if the seats next to us were free. I said yes without another thought. But Kalina stared at the blonde and redhead with a look of awe that only a toddler can get away with. She whispered to no one in particular, “Anna and Elsa.”

The “Anna” smiled at her sweetly. The “Elsa” with the long platinum braid was particularly convincing. So Kalina continued to address them as such during the entire journey. They seemed charmed, if slightly confused. And I was reprieved. 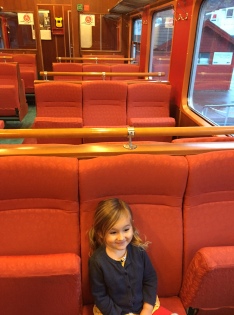 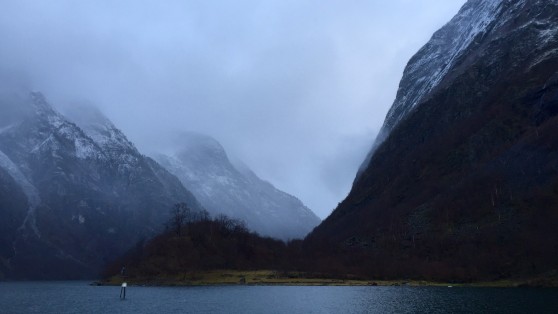