Just when the general state of the world and specifically this maddening election had me feeling pretty pessimistic, travel stepped in again with the unpredictable antidote: this time in the form of a K-pop boyband outside a mall in Asakusa, Tokyo phoning in a version of New Kids on The Block’s classic “Step by Step.” Hipster Instagram feeds rejoice!

Our long, long journey to Tokyo began, fittingly, with a Bill Murray sighting at the Charleston airport and ended some amount of time later with the existential question, “if we crossed the international dateline then how long has it been since we left?”

As always, there was space in between for many highs and lows. My clear low point was having a bad reaction to my plane meds and all but passing out in New York. But I’ll take that any day in exchange for the solid 7 hours that my three year old spent fast asleep during our 13 hour plane ride to Japan. The rest of the time was spent happily examining the complementary head phones, coloring with invisible ink and getting deep into a Monster High app rated 6 and up (for complexity, we tell ourselves.)

Overprepared for a city that I was sure would eat our family for breakfast after so many hours of traveling , I approached the labyrinthine subway with a prepaid Pasmo card and screenshots of HYPERDIA departure times saved on my phone. And then it was just weirdly easy.

Weirdly easy. All first impressions of Tokyo converged on this point, which will surely refine and revise in short order. But for now, easy to navigate due to excellent signage. Easy to eat because everything’s delicious. Plus Google translate even sort of works.

Thanks to jet lag, we had that extra spring in our step at 5 am. So we could enjoy Senso-ji temple, the jewel of Asakusa, our adopted AirBnB neighborhood, almost crowd-free. At that early hour we could only guess what exotic wares and tasty treats were hiding behind the beautifully painted doors and screens of the shops. Maybe they’ll all be plastic replicas of lanterns and obnoxious t-shirts, but let’s hope for the best.

For now I’ll enjoy the healing power of travel. I’ll marvel when it’s easy and laugh when it’s confusing. (Why did that cashier want me to put my money in a cardboard box? Oh, I think he may have been offering us soy sauce.) I’ll see things with rose-colored glasses and child-like wonder and any other tired old cliches that come to mind.

And, yes, I did submit my absentee ballot. 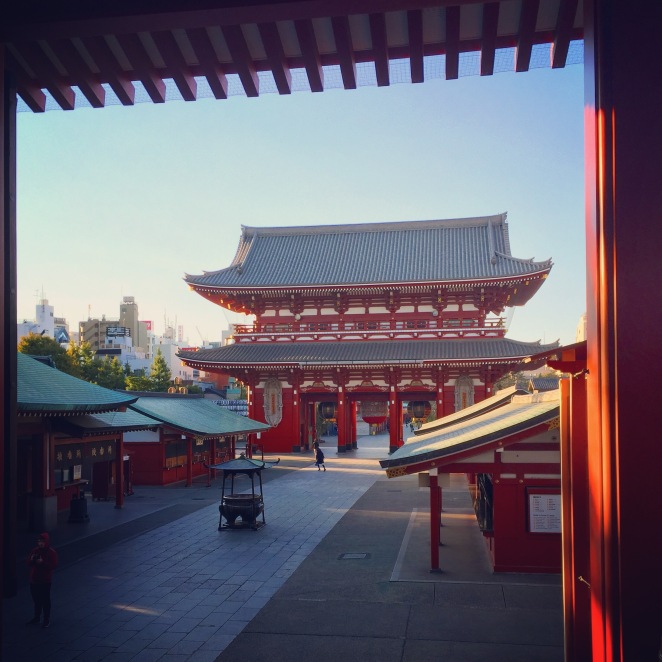 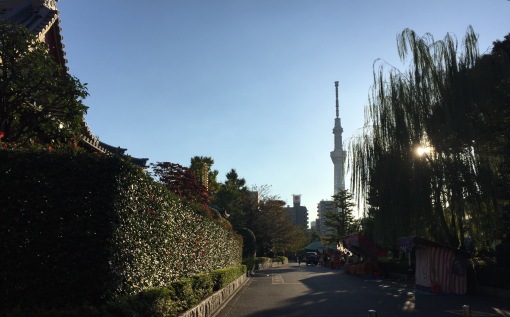 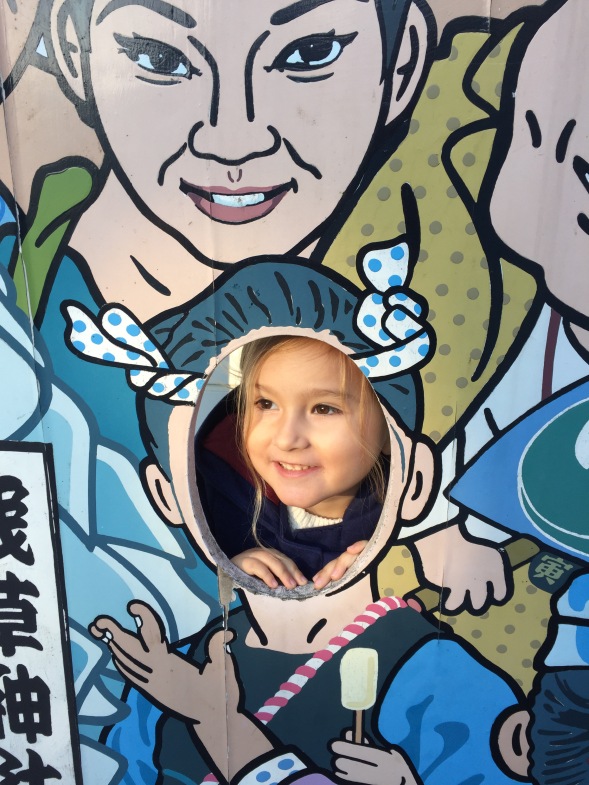 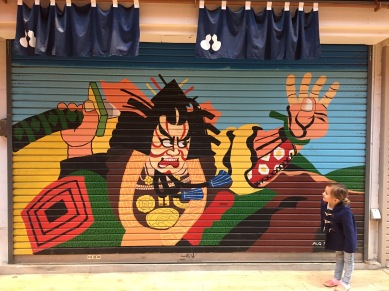