There are Zen Buddhist temples with their raked pebbles and contemplative moss. There are Shinto shrines with their purifying water rituals and good luck charms. And then there is whatever the heck is going on at Fushimi Inari.

Surely you’ve seen the images of the bright orange torii gates lined up like dominos along a lush green mountainside. Let me set the rest of the scene: you spill out of the train station along with 400 other people to pass a gauntlet of  TripAdvisor banners touting the popularity of the site (an announcement that is clearly made redundant by the crushing hoards). As you are funneled into the gates, shoulder to shoulder with all of the tourists in Kyoto, depression sinks in. You will not be getting that coveted travel photo. Even a master of Photoshop couldn’t erase this crowd.

But then something interesting happens, the route gets difficult, starts sloping up hill. You start to hear complaints from the English-speaking tourists, “how much farther?” and “I think I’ve seen enough” and “ooh, look, a tea house, let’s stop.” The crowds thin out. There is a winding path of torii as far as the eye can see.

This is not meditative travel. This is merit travel. The work you put in promises a worthy reward. In the case of Buddhism it’s a step closer to nirvana. In my case it’s a poignant “I’m here” moment and a crowd-free photo op.

But it’s work. It’s four kilometers of slippery stone staircases, most of it carrying a weary three year old.

So much of our trip is like this: the work between the reward, the merit for the zen. There are miles of stroller pushing between the temples. There is plotting on Google maps and deciphering train routes. There are monkeys, but they are a 30 minute walk  uphill. There is a spectacular giant Buddha and a park full of tame deer seventy minutes by train in Nara. There are geishas and ramen and nap schedules and bland kid taste buds to reconcile. There is a child’s imagination that can be sparked by temples and shrines if you come at it from the right angle. There is mandatory window shopping because you know an American hasn’t really been to a place unless they’ve bought something.

There is planning and serendipity. There is the staircase and the top of the mountain. There is work and reward and to be honest, I love both sides of travel. 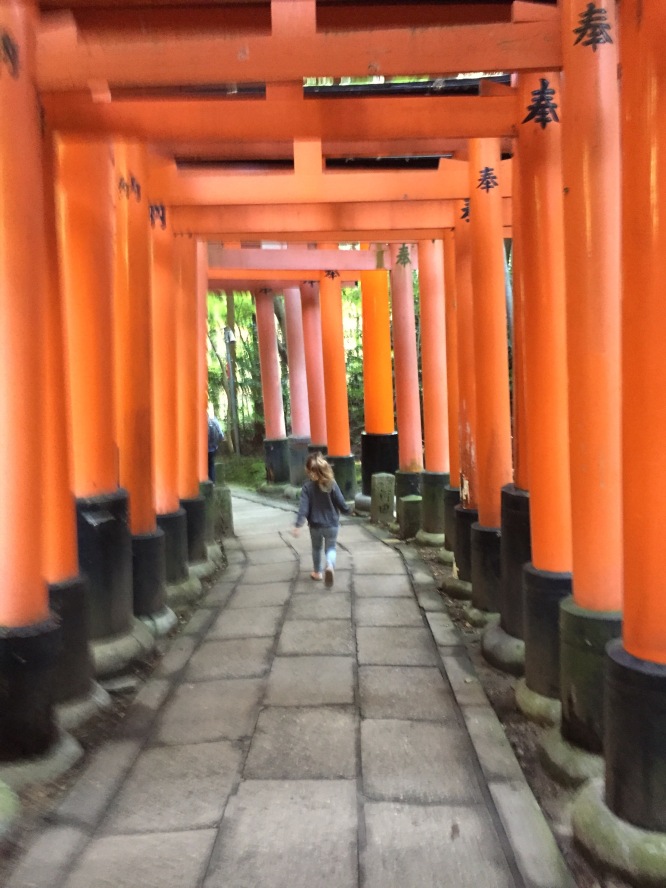 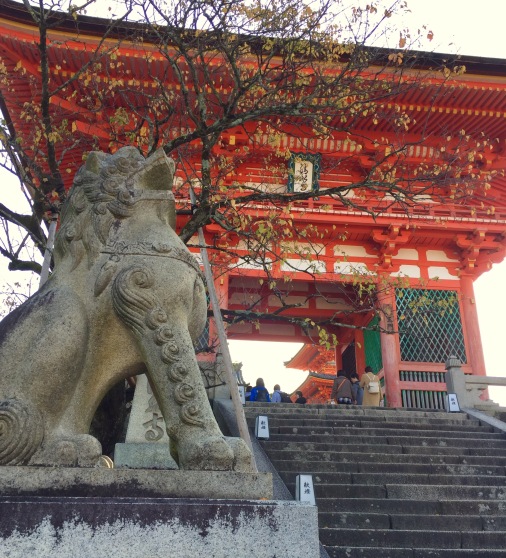 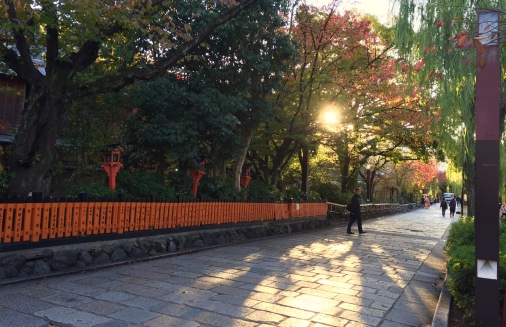 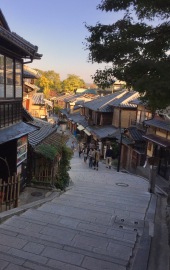 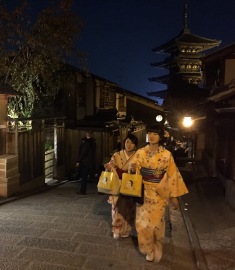 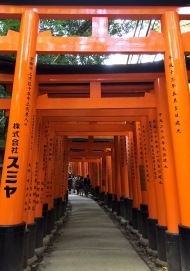 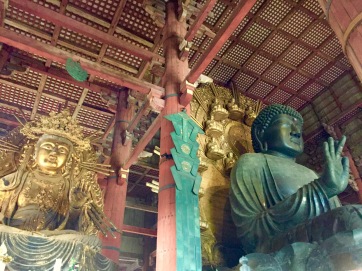 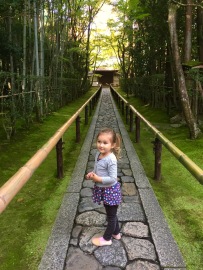 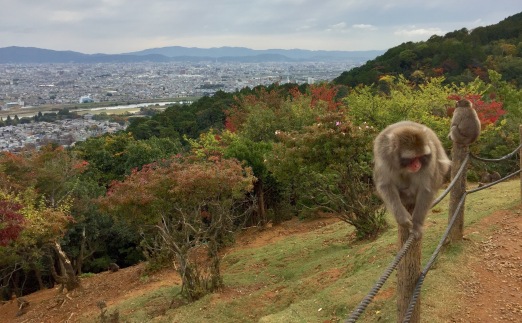 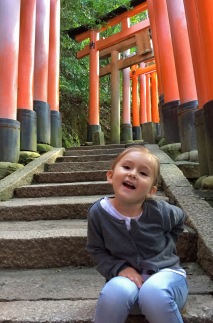 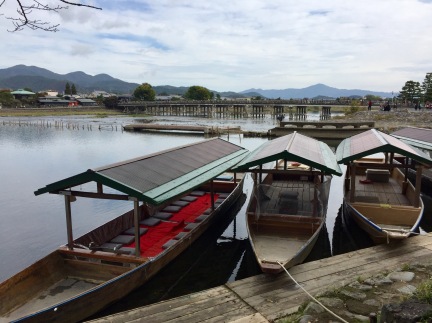 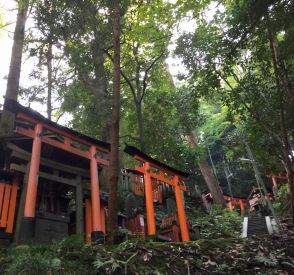 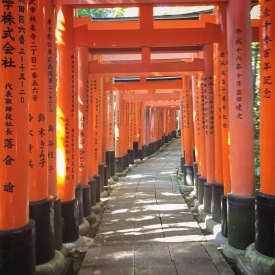 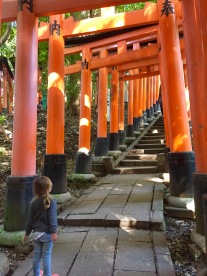 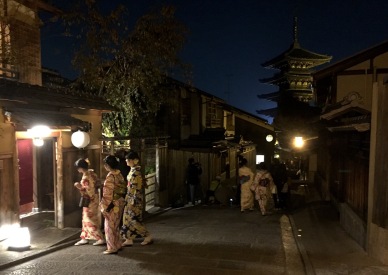