“And I feel so much depends on the weather…”

So true, Stone Temple Pilots, so true. I’m sure I could go back through these years of posts and uncover a tedious trend of harping on the weather. A soggy hour of hiking to a supposedly stunning overlook rewarded with the view of the interior of a cloud. A city so engulfed in sideways rain that I had to trade in my glasses for contacts just to be able to see the sidewalk. And now in Andalucia, the land of sunshine and orange groves, we view the stunning tilework of the Alhambra, accompanied by the soundtrack of chattering teeth and the whining of a child numb from the knees down.

To be sure, I am enchanted by Granada. The whitewashed, winding (and did I ever mention, narrow?) streets of the Albacin turn you around in pleasant confusion. The tiles and doors and colorful shrubs and general artistic vibe are working for me. The random street of mini-Fez is much better than actual Fez but giving me enough Fez-like vibes to feel authentic. But is it too much to ask to experience all of this overwhelming beauty with a few warm rays of sunshine on my face?

Of course, it’s too much to ask! It’s December. Snap out of it. (Cue Cher-style, slap.)

OK, then. Moving on to Ronda. Less livable than Granada, but perched on such a preposterous cliff that it takes your breath away. Yes, you can be shaken from your nagging, numb extremities by the views of Ronda, from Ronda and generally all around Ronda. The constant vertigo somehow adds to the beauty.

So folks, pack better than we did, layer up and travel to Andalucia in December or, perhaps, visit in May.  May would be ideal. 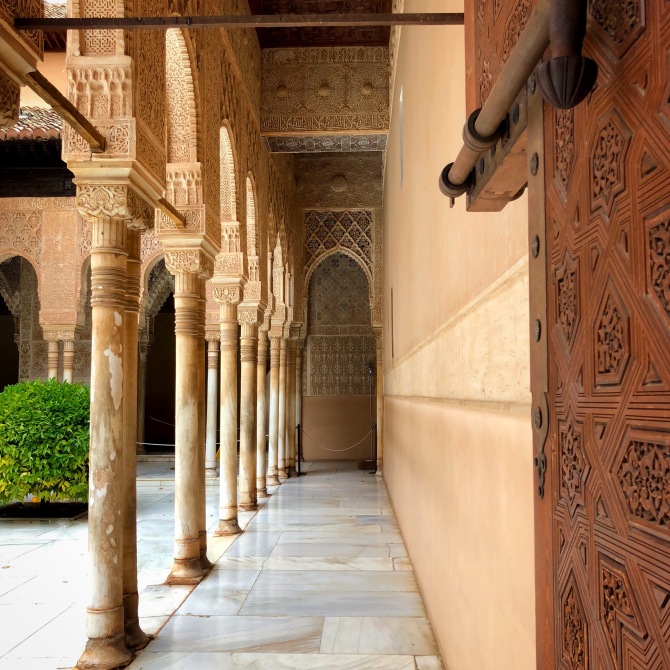 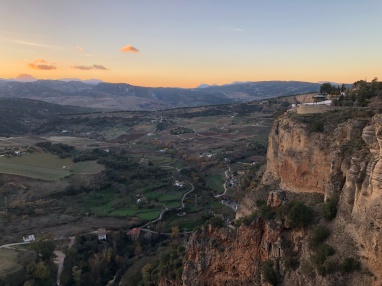 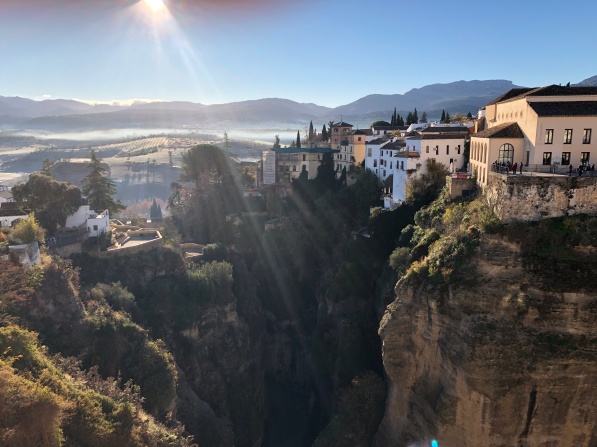